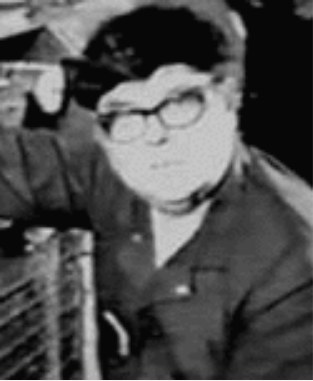 The Zodiac Killer case is now decades old, and although progress has been made in solving the previously unsolved aspects of the case, we’re still a long way off from the answer everyone wants the most. Who was the Zodiac Killer? Will we ever know who was responsible for the brutal murders all those decades ago in Northern California?

Richard “Rick” Marshall is one of the popular suspects of the Zodiac Killer case. Although he was born in TX, in the mid-1960s he moved to California, putting him in the approximate area of the Zodiac’s murders at the right time. He first lived briefly in Riverside, Cal. before moving to the San Francisco Bay Area.

Why Was Rick Marshall A Suspect?

Rick Marshall first become a suspect when he made suspicious comments about the Zodiac Killer over his ham radio. He was even interviewed by Zodiac detective Ken Narlow. During the interview, he, of course, denied being the Zodiac. Want to read more about Rick Marshall? Be sure to check out the suspects page on Zodiackiller.com.