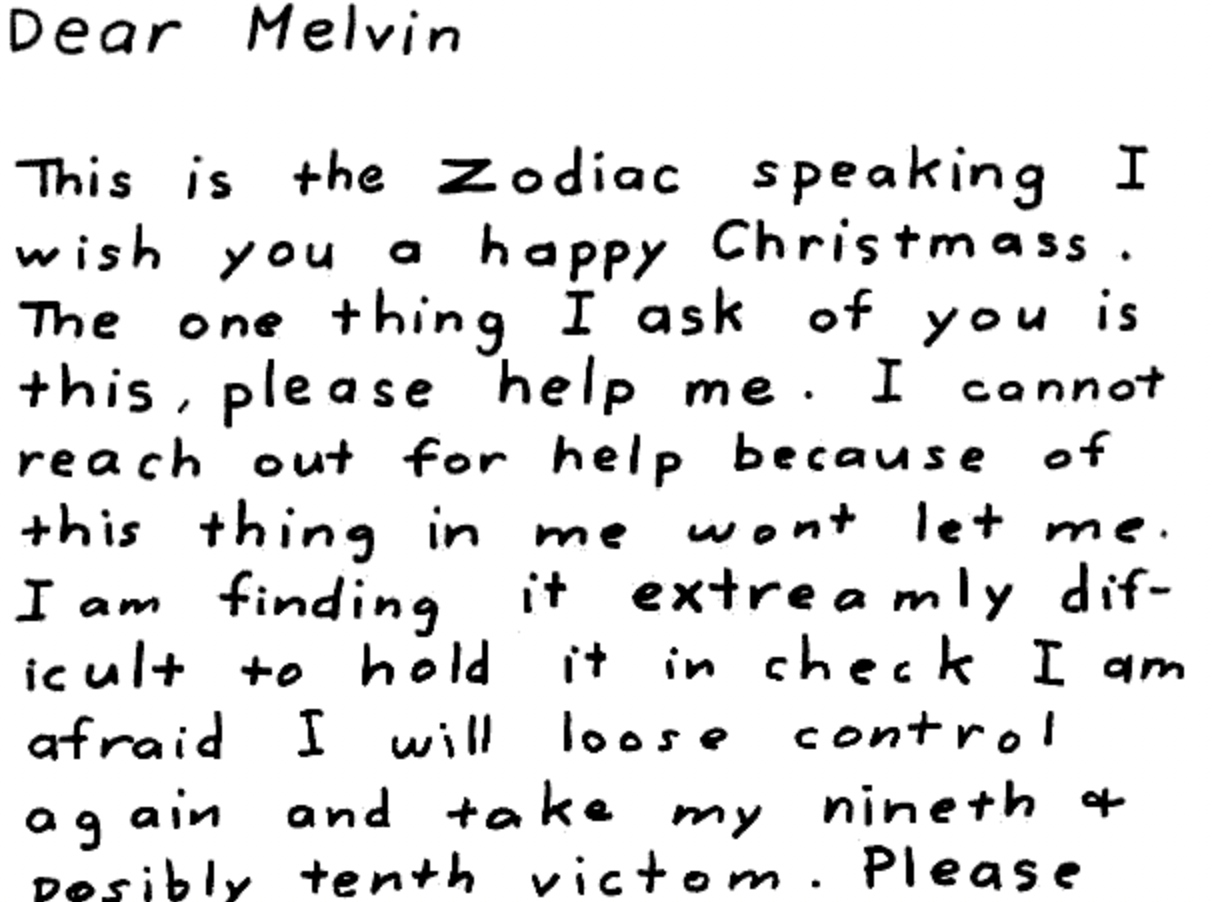 The Zodiac Killer Case Remains Unsolved After More Than 50 Years

It’s been decades since the Zodiac Killer’s horrific series of crimes in Northern California in the 1960s and 1970s. Although the Zodiac Killer case remains unsolved, there are many who still hope to identify the Zodiac and achieve closure on this horrific serial killer case. How long until we know who the Zodiac was? What clue will finally lead us to his identity after all these years?

The Zodiac Killer Letters Are Infamous

The killer who named himself the Zodiac sent letters to the public throughout his time in Northern California. He mailed his letters most often to local newspapers to have them published for public viewing, although at times he also sent mail to individuals. His letters were a source of dread and fear for many – as well as one of the only ways we have of knowing what the Zodiac was like as a person.

Why Did The Zodiac Send Letters?

Although we don’t have an answer as to why he sent the letters from the Zodiac himself, it’s fair to draw certain conclusions based on the content of those letters. In his letters, the Zodiac often bragged about his crimes – both the ones we knew he’d committed and the ones that had not yet been linked to him. The Zodiac also mocked the police who were trying to find him. He clearly thought himself above them to a certain degree. His letters were likely a way for the Zodiac to show off without endangering himself. He could brag about his crimes without revealing his identity.

Will His Letters Be His Downfall?

Unfortunately, the Zodiac Killer remains unidentified. Many of the prime suspects have since passed away. However, it’s possible that the Zodiac’s letters could ultimately lead us to the truth about his identity, even after all these years. Only time will tell.